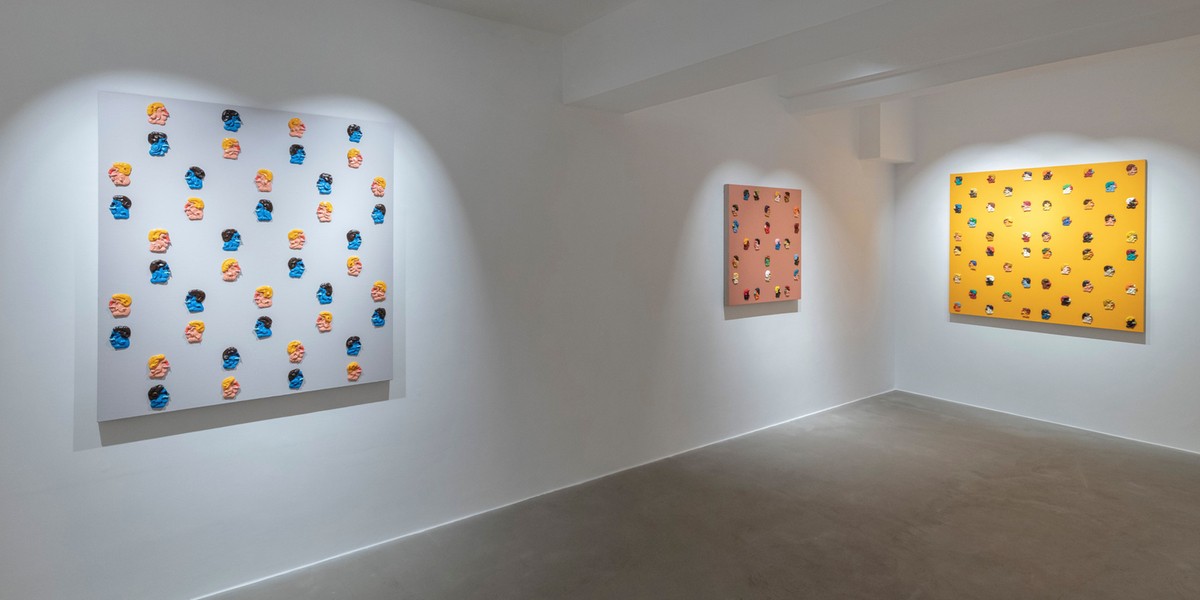 Adam Beris has created his own unique hieroglyphic language of distilled imagery often constructed with paint straight from the tube. Routinely aligned in a grid-like fashion, his compositions of objects and heads in profile conversely embody both a strict scientific study and a loose informal rendering. His interest lies in the symbology of things – the thingness of them, what makes them what they are. Heads pass each other in traffic, breasts and grapes draw from each other’s symmetries. A cigarette and a flower have a conversation. Why do they talk and what do they say? The artist compiles these symbols into organized patterns. Leaning on the natural human impulse of categorization, Beris satisfies the need for titles, groupings, and class systems to differentiate ourselves and our worth.

Like daisy chains, he strings his symbols across the canvas in repetition and pattern, beginning and ending over and over again. His compositions contemplate how in proximity meanings adapt, enforce or inhibit – a chain of humans and objects working with and against each other. Proximity can bring about conflict or connectivity. Beris is compelled to render things as symbols of everyday life, following in a tradition that’s evolved and simplified. The realistic attributes of things becoming condensed into the emoticons of the age. The repetition mimics the pathways of circular data, the endless scroll of breakfast photos and sunset posts, and the loop of today’s 24/7 news cycle. There’s a preciousness in the mundane.