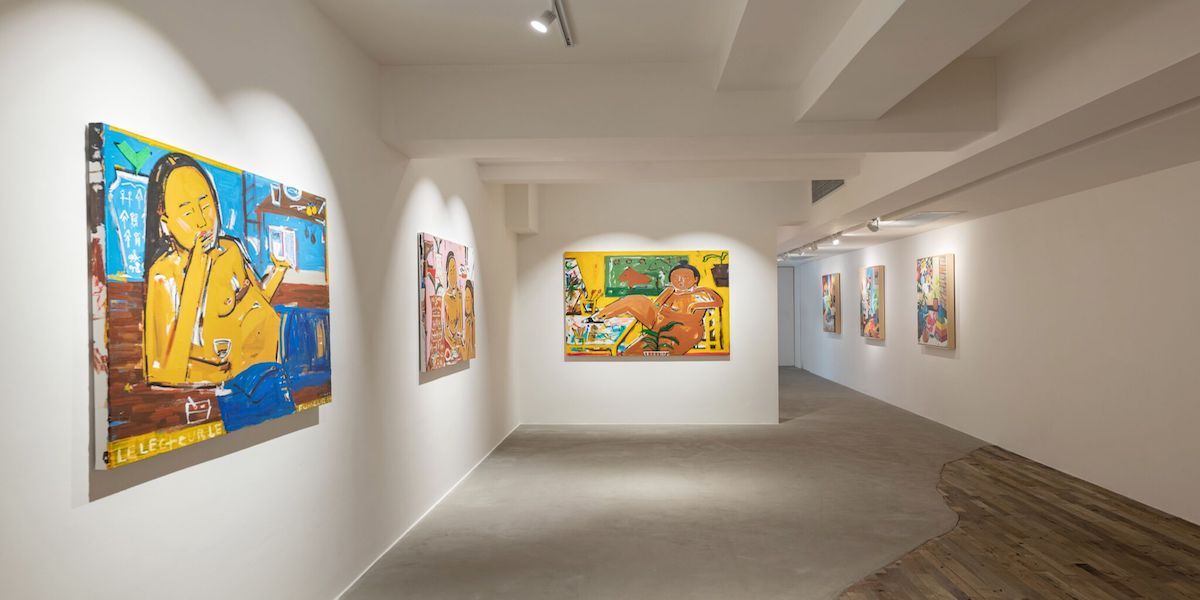 Domestic interiors only became a subject worthy of a painter’s full attention in the modern era. The production of domestic interior painting was driven by a new art market that included middle class patronage. As a new subject, the domestic interior offered painters novel and interesting ways to comment on society, religion, politics, etc. The tradition of documenting personal rooms, however, was an exclusive one when it emerged in Europe at the start of the 19th century. Before the advent of photography, those who could afford to commissioned artists to paint small, highly detailed watercolors of the interiors of their homes that they would then slip, like photographs, into display albums. Such paintings offer a glimpse into the decadent lifestyles of the 19th century’s well-to-do and the art of recording finely decorated interior spaces. The artists in this exhibition created works focused on the concept of the drawing room specifically for this exhibition. Dabs Myla will present a series of idyllic paintings representing a midcentury modern contemporary utopia and Katie Stout will be recreating her ideal living room in ceramic and fabric. Monica Garza will present new works on canvas depicting interior settings in her signature style. Andy Dixon’s paintings of Christie’s and Sotheby’s auction showrooms (taken directly from their Instagram accounts) resemble classic drawing rooms but are completely staged and commodified. Cheng Ting Ting will be presenting her fanciful compositions of her studio and bright potted house plants.