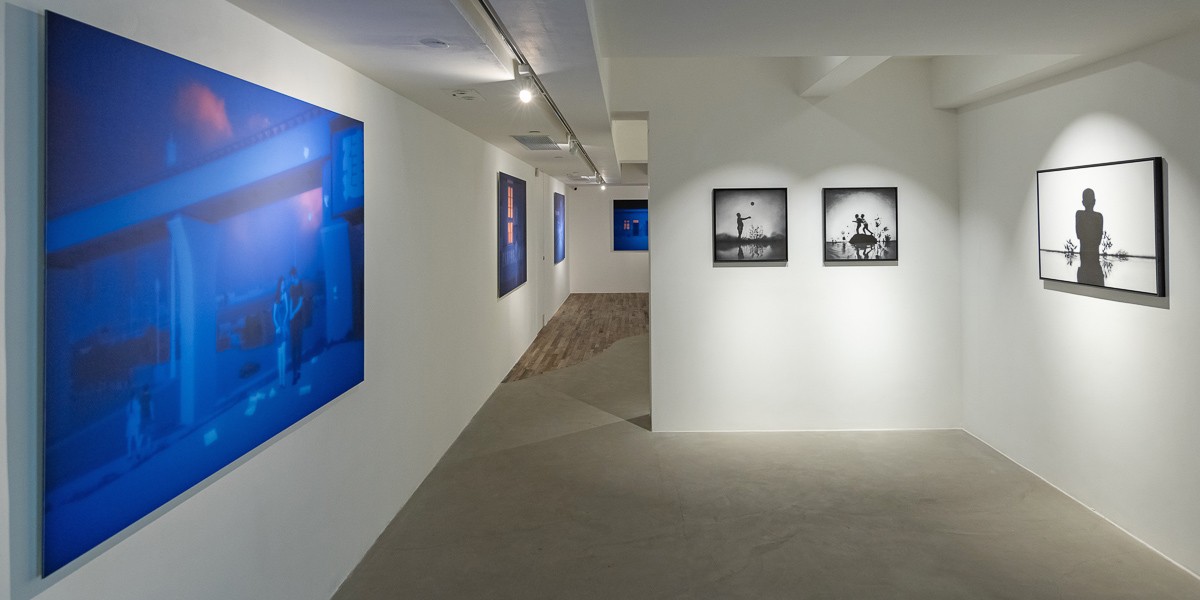 At night, everything is ambiguous. What may seem mundane in the daylight becomes dramatically beautiful and even dreamlike after the light fades. Night is unwavering, unchanging in it’s density and recurrence, the rhythm of all life on this planet. Huang Xiaoliang is fascinated with the duality of reality and fiction, a line which is trespassed at the hour of nightfall each evening. He sets mundane subjects inspired by daily life in an hour bewitched through fairytale and legends. Nightfall becomes the dramatic theatrical setting for his own mundane actions to unfold, a background for him to become both observer and participant in the story of life.

There is a strong link in Huang’s work to traditional Chinese puppet theatre which is often presented during Chinese Holidays in the main gathering sites of cities and villages across the country. Huang creates his photographic works by using paper, ink, and real items and projecting light or images through the objects to construct shadows and figures. The final photographs are printed in saturated color or in a high-contrast black and white with heavy vignetting. Both palettes enhance the theatrical or animated quality of the works, and contribute to the dramatic and dreamlike narrative of nightfall.

Huang Xiaoliang was born in Xiangxi, Hunan province in 1985. He is a 2009 graduate from Qingdao University, where he studied Digital Media. In 2010, Huang was awarded the prestigious Tierney Fellowship as well as the Three Shadows Photography Award, and the Fang Jun Art Award by the Beijing Today Art Museum. In 2011 Huang Xiaoliang was nominated for the Foam Paul Huf Award. Huang Xiaoliang currently divides his time between Changsha and Beijing.