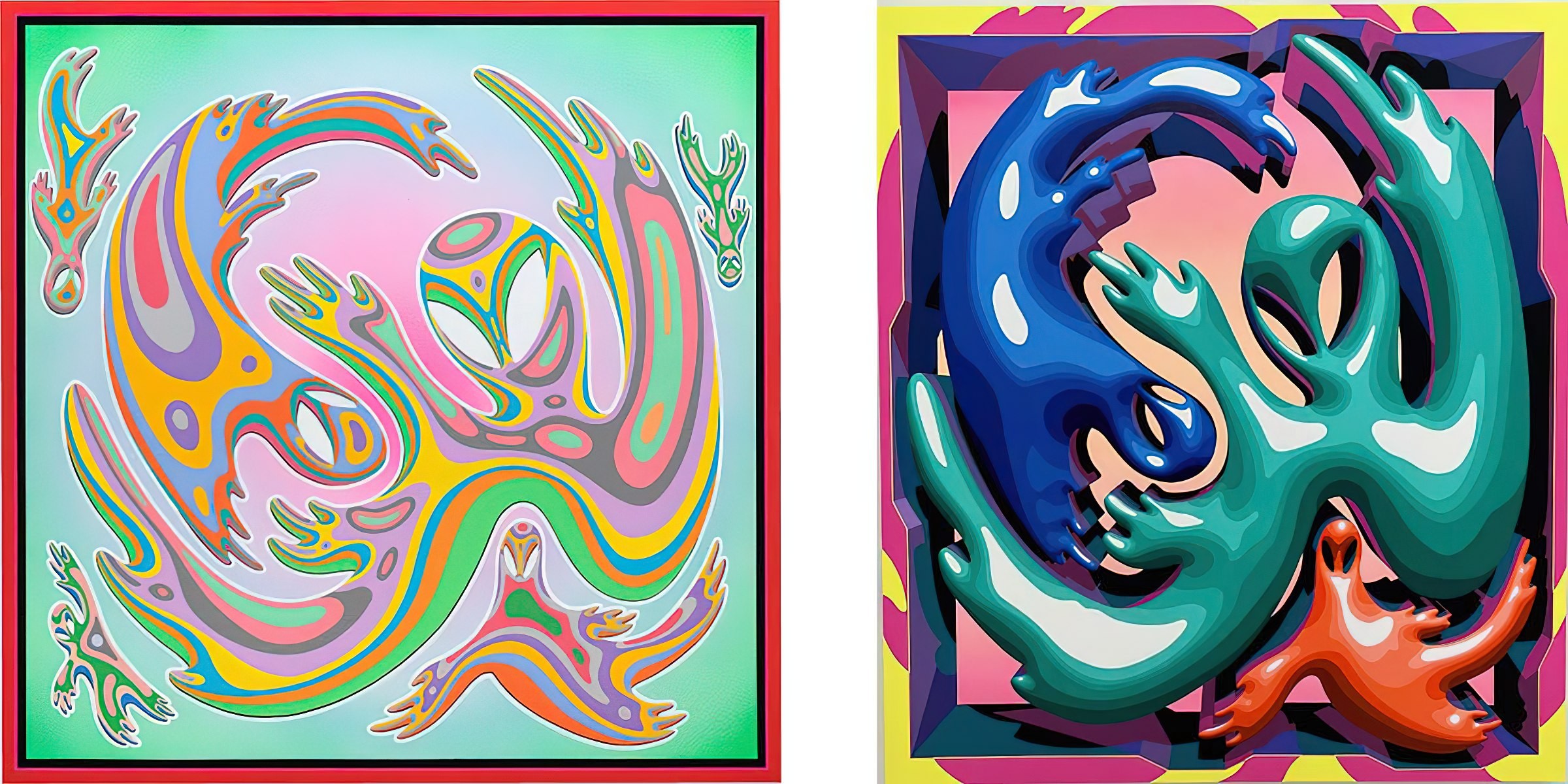 Hong Kong art month may be behind us, but the art doesn’t stop here.

June marks another exciting month in the world of art in Hong Kong. Yes, Art Central and Art Basel may have wrapped up, but the passion for all things creative still lingers. Which is just as well, because with the sweltering summer arriving, sometimes what we need is a good ol’ day indoors, inside our favourite art galleries, with the AC on at full blast.

New York-based artist Michael Dotson is working with Over The Influence Hong Kong for his first exhibition in Asia and second presentation with the gallery. Titled “Communion” after a novel documenting extraterrestrial encounters by Whitley Strieber in 1987, Dotson’s new show sees him shifting away from his signature distorted Disney imagery and into the mysterious world — universe? — of aliens.

The pieces in “Communion” are named “Close Encounter” with an assigned number and letter, uniting them as a collective rather than separate entities of their own. Painted in his recognisable crisp and precise style, Dotson’s otherworldly subjects are organically shaped, weightless and levitating in space. In a similar vein to his Disney stills, the artist’s aliens sit at a crossroad between a childlike imagination and a darker, more sinister subconsciousness.