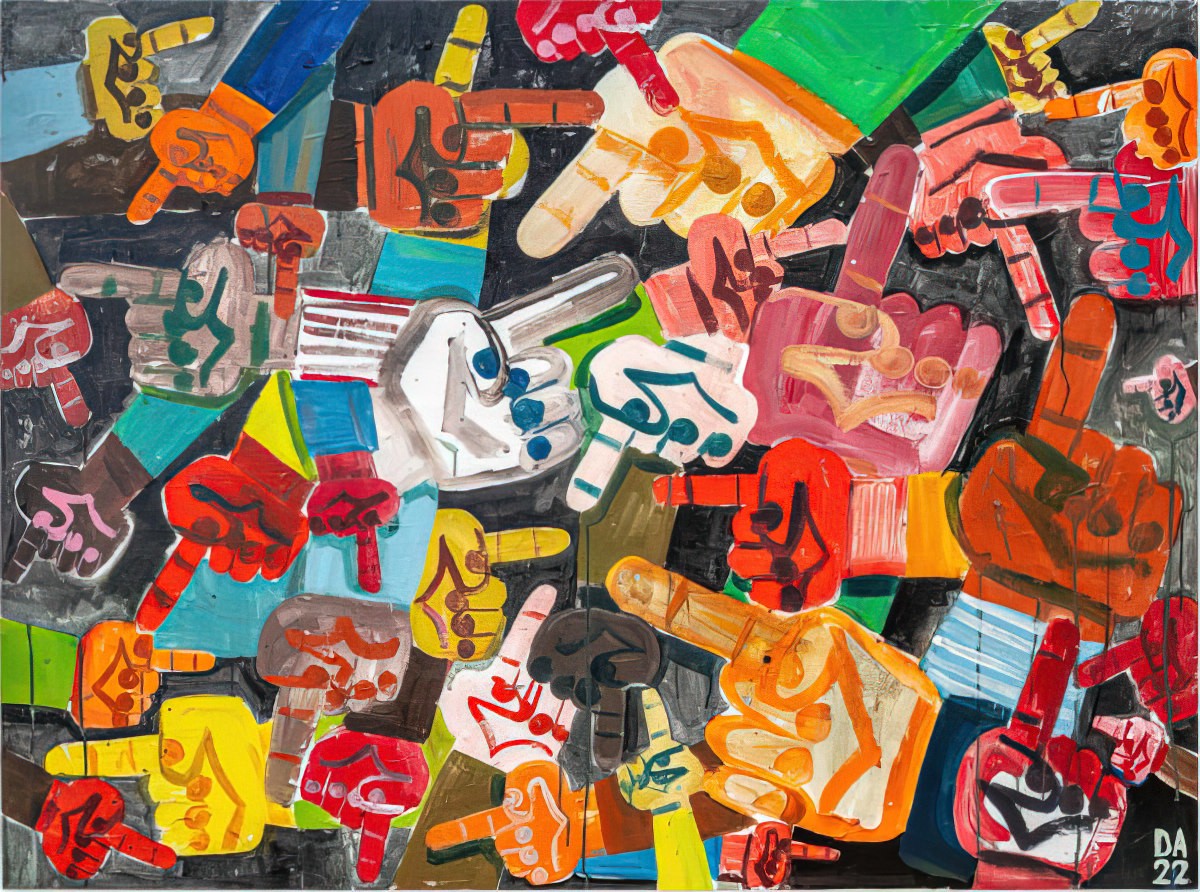 Over the Influence, Hong Kong is presenting Animal House, an exhibition of new paintings by Massachusetts-based artist Derek Aylward. Animal House will be on view from 15 July to 27 August 2022.

Derek Aylward is known for his unique visual language that can be described as contemporary folklore, combining humanoid figures that are generally depicted with animal or otherworldly qualities, peppered with superheroes and cartoons of the mid-21st century, and with a cubistexpressionist edge. Aylward’s practice is rooted in drawing, with a feverish compulsion to put pencil to paper, pen to napkin, or any mark-making tool that may leave a record on a surface. As such,

Aylward’s paintings retain the raw and gestural qualities of a drawing; expressive marks punctuated with hard clean lines reveal a similar urgency, but with broad brush strokes, complex texture, and handling of the acrylic medium in a way that reveals the great variation between flat matte and shiny surfaces, a variety of cut-out forms, figures and abstraction, all heightened by a palette that is equally vibrant, whether fluorescent, primaries or muted earth tones