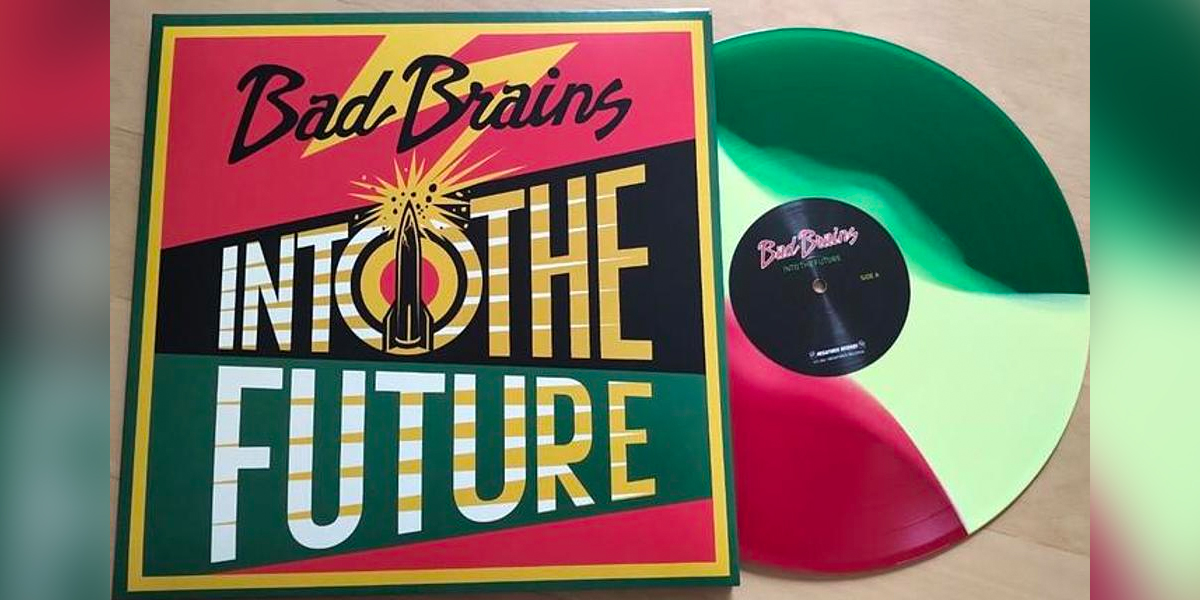 The artist teamed up with Bad Brains to design their “Into the Future” reissued LP cover and features new, alternate artwork. The creative project is part of the rock band’s reissue campaign to release their 2012 album with brand new artwork. Shepard Fairey also created the original 2012 LP cover. The vinyl is pressed in red, green, and yellow to match the album colors too. The album is dedicated to late Beastie Boys member Adam Yauch.

You can pre-order the album now in the Brooklyn Vegan Shop.