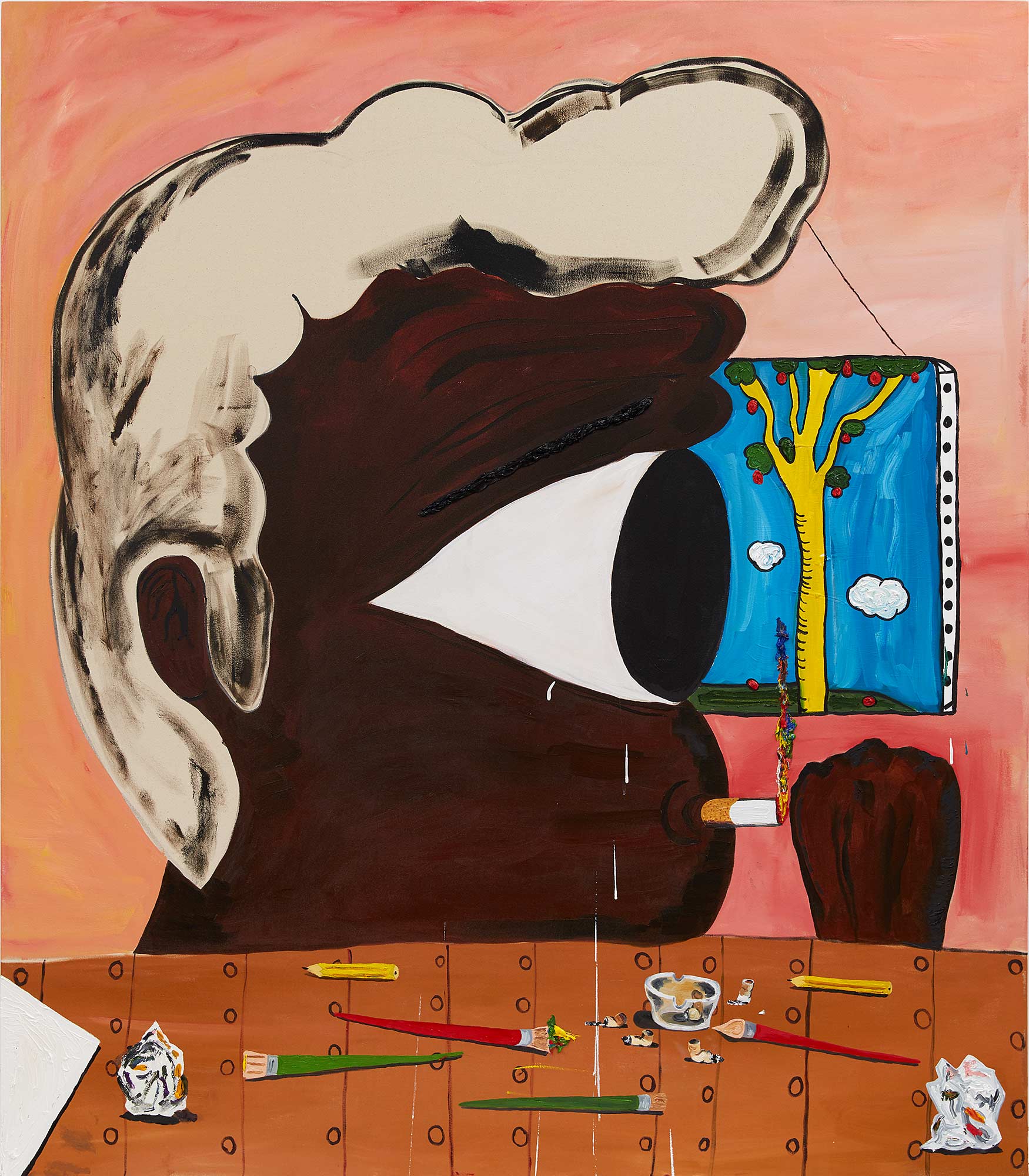 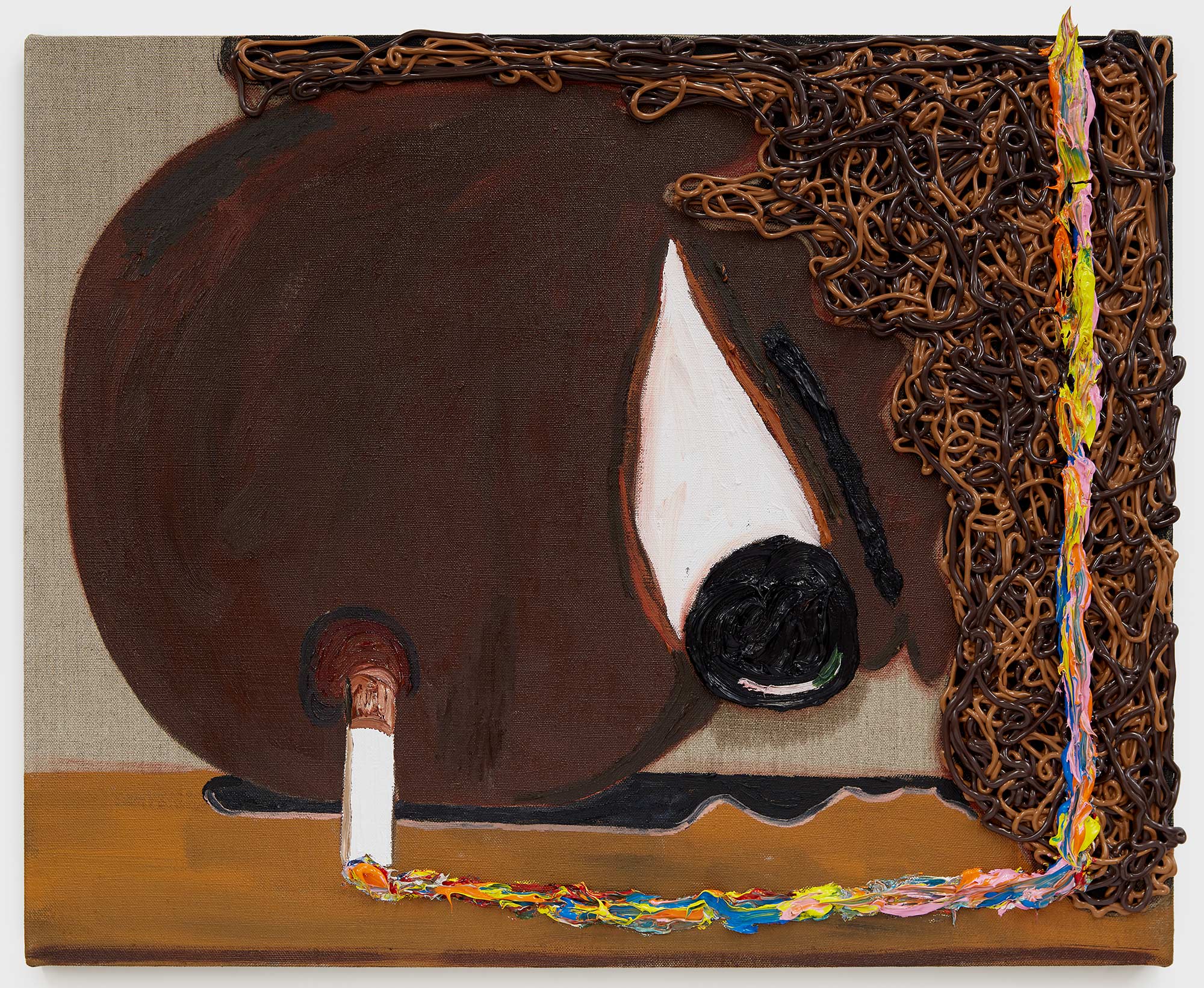 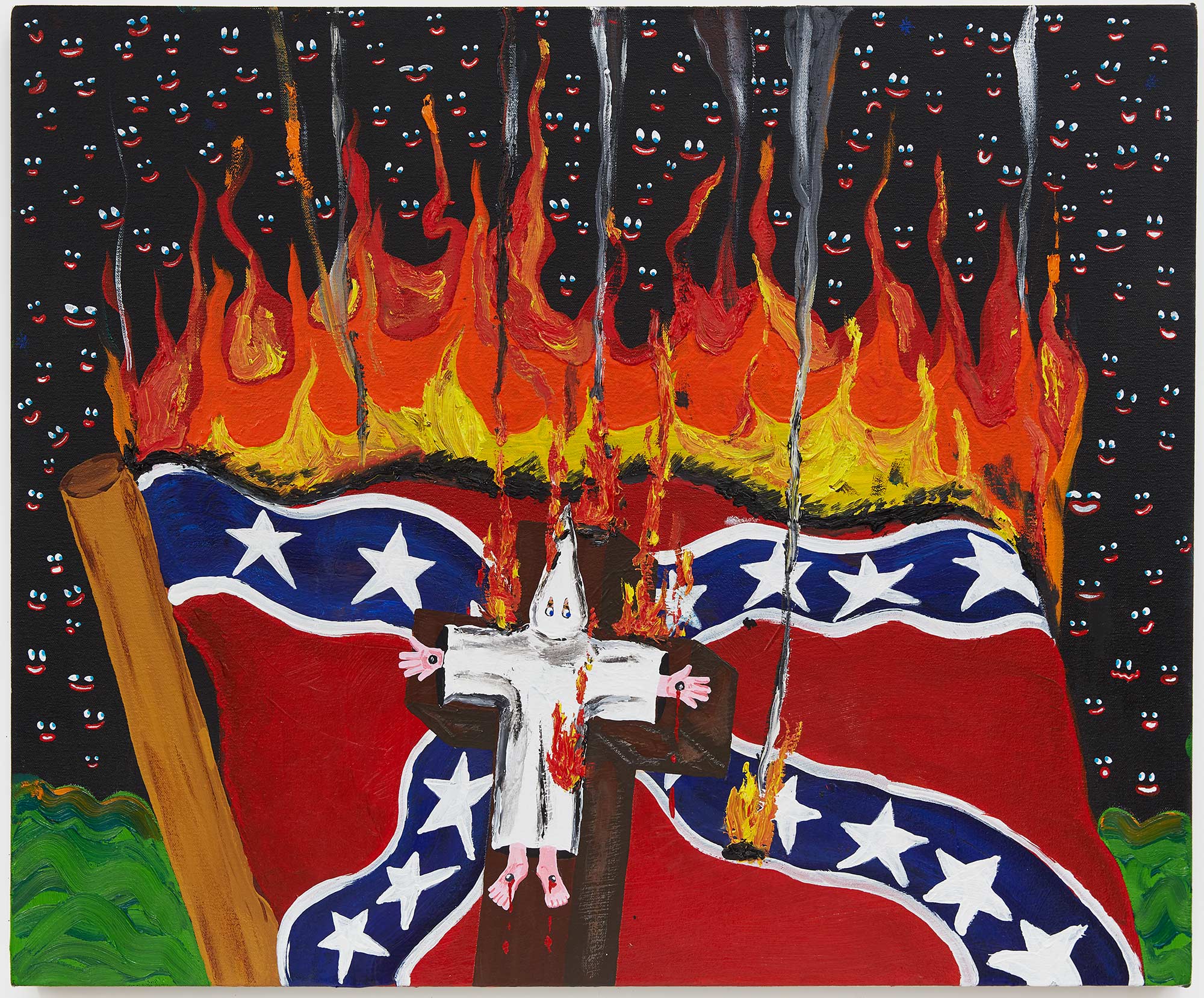 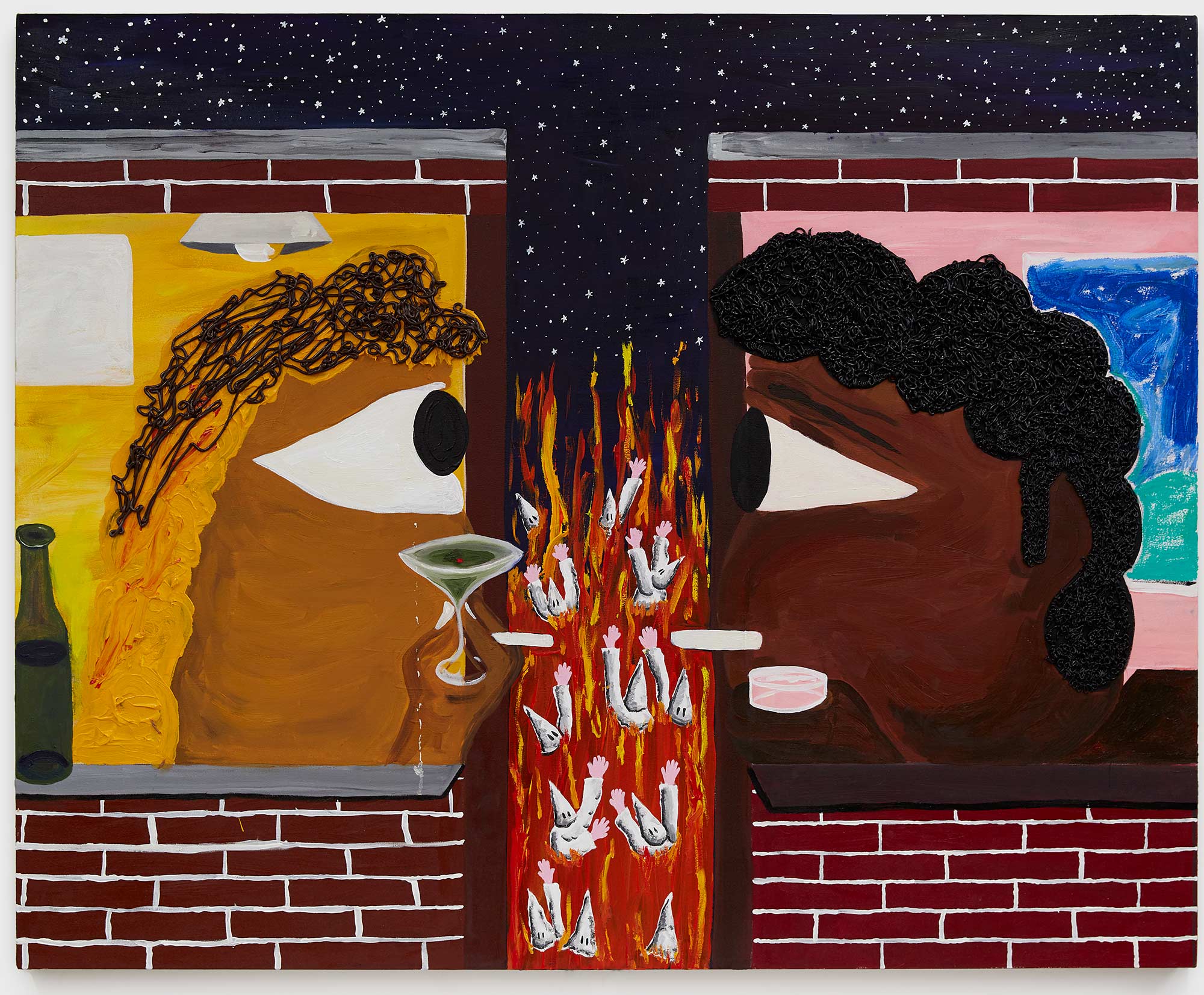 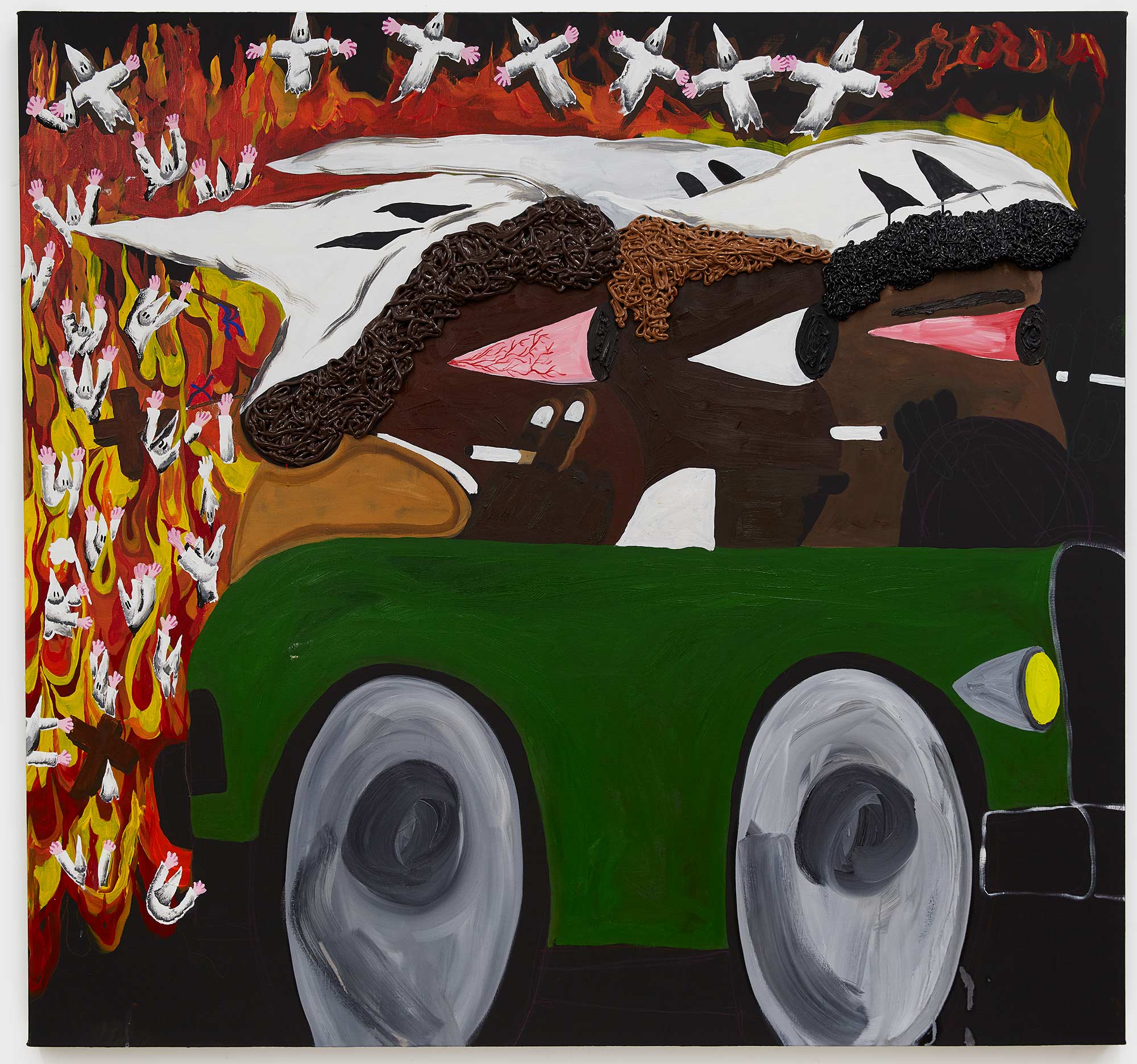 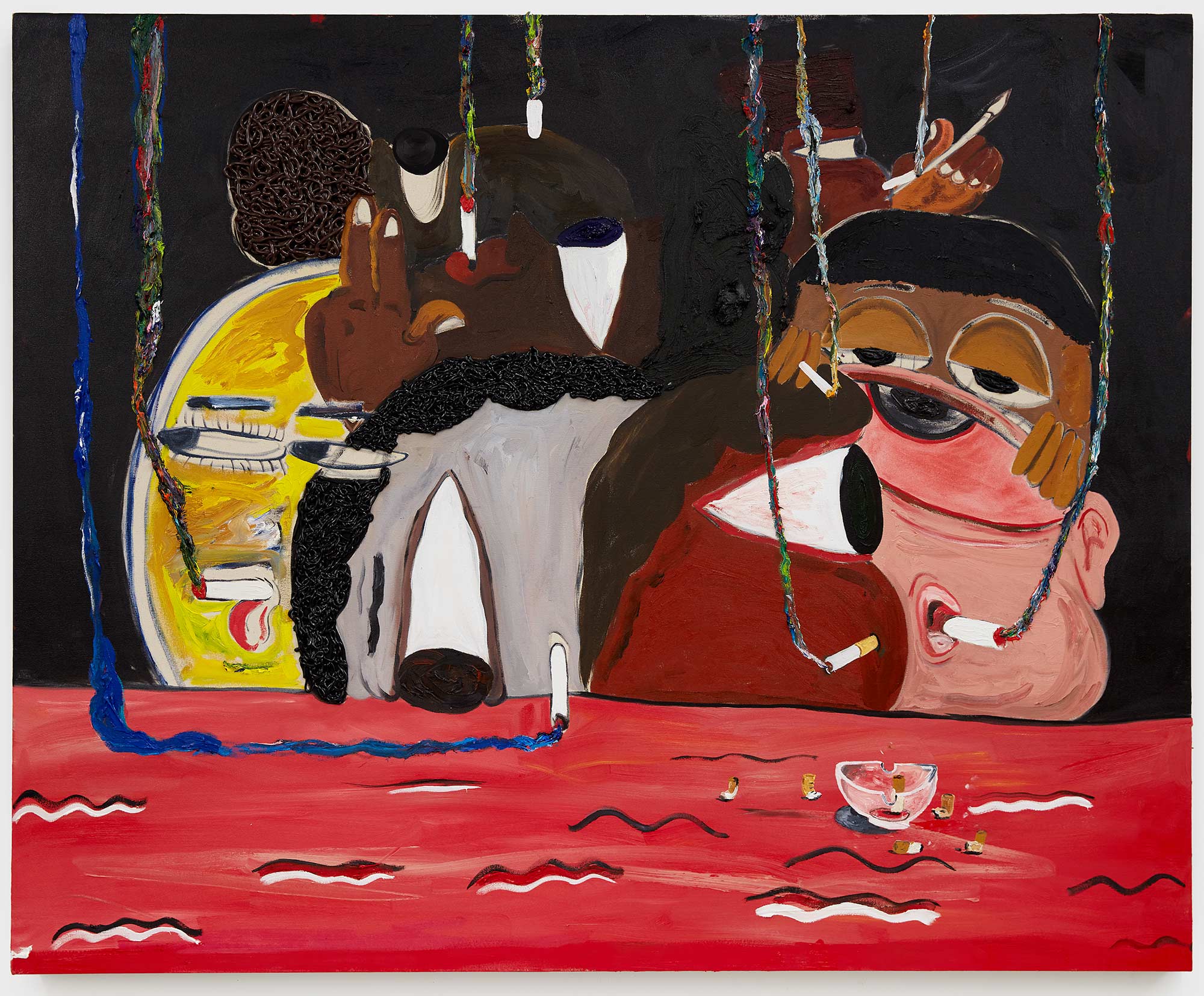 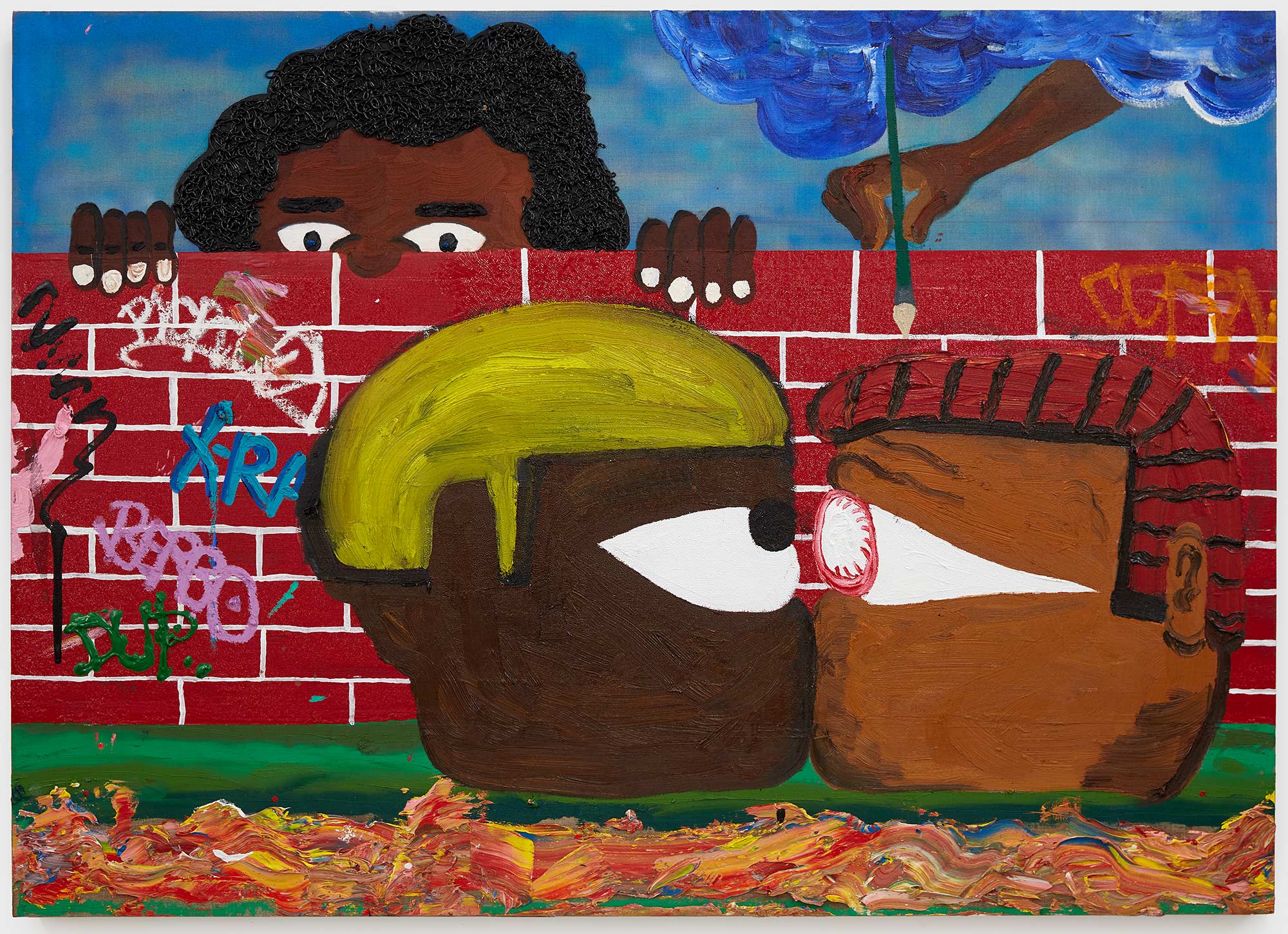 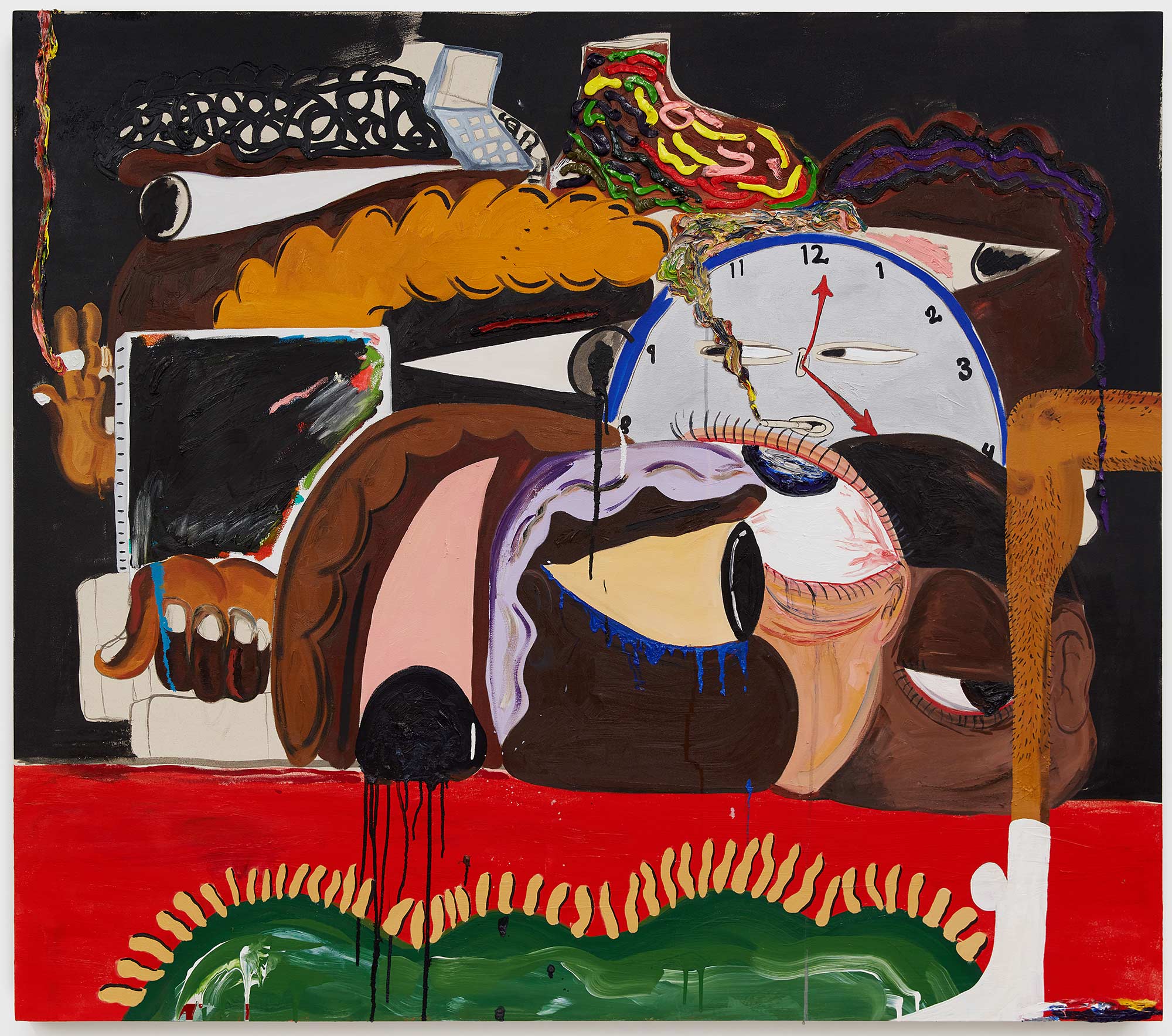 Over The Influence is proud to present Durag Activities, a solo presentation of LA-based Devin Troy Strother at the gallery’s Bangkok location.

In his second solo exhibition with the gallery, Strother continues to reference the visual language of his predecessors, particularly Philip Guston, as an entry point to re-explore figurative painting and to examine how oppressed peoples can reclaim their histories and power through subverting and repurposing imagery and aesthetics.

Devin Troy Strother (B. 1986, West Covina, CA, USA) is known for his darkly humorous alternative racial narratives in a variety of medium from cut paper to neon signage. He finds inspiration in elements as disparate as stand-up comedy, music lyrics, and contemporary politics. His striking collages take inspiration from artists such as Joseph Cornell, Marcel Duchamp and Henri Matisse. Though visually simple, Strother does not shy away from uncomfortable topics and confronts his audience with some of the most pressing issues of our time through his tragic absurdities.