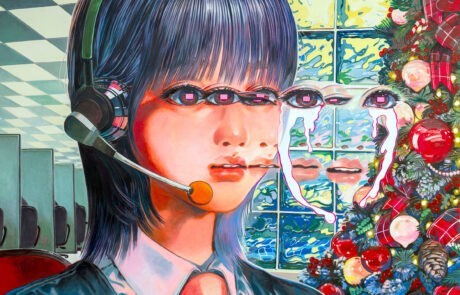 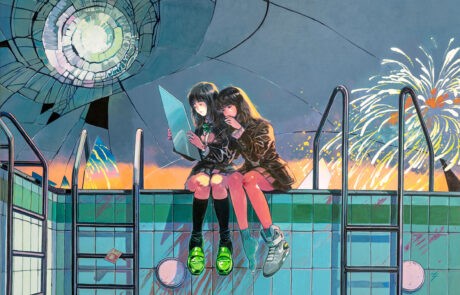 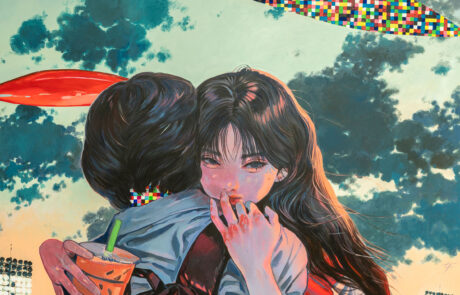 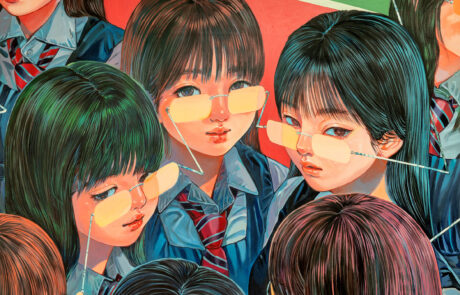 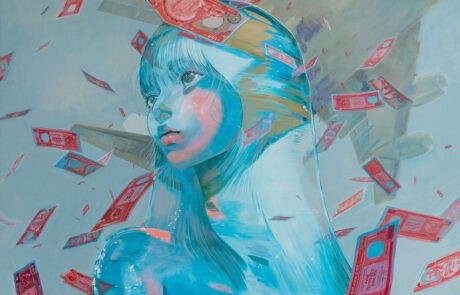 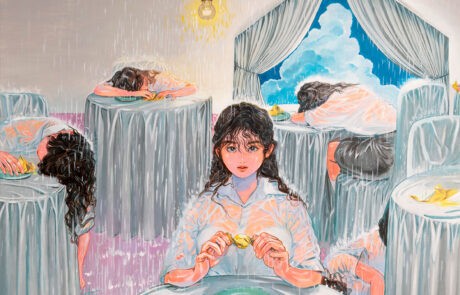 The exhibition showcases a new body of work that articulates a breakthrough approach to her artistic practice that debuts 12 canvas paintings.
Little Thunder’s oeuvre is heavily influenced by manga aesthetics where humanity is depicted in a series of magical realist circumstances and interactions. Brightly colored and cartoonish, the images invoke another type of reality where the fantastical, the cognitive, and the visceral all take their own forms to communicate on another plane of existence.
“The name of the exhibition Reality Dropout means to withdraw from ‘reality’. It is about seeking the truth and peeling it back layer by layer and realizing the lines between reality and the imagination is only getting blurrier”, the artist said.
“Everyday life is absurd. I want to depict womanhood as if nothing is happening, while in fact everything is happening around them. People constantly seek the ‘truth’ beyond absurdity, but then realize it is beyond anyone’s comprehension”.

Cheng Sum-ling also known as Little Thunder, a self-taught artist born and raised in Hong Kong. Heavily influenced by her father, who is an ink painter, she cultivated her enthusiasm in painting since childhood.
At the age of 8, she began drawing manga, and at that time, her sister was the only reader. She fully committed into the world of manga and illustration in 2001, with works were serialised in a variety of magazines and she was awarded the Best New Artist at the China Japan Comics Exchange in the same year.
In 2006, she published her first manga and art book and began drawing the trilogy KYLOOE in the following year. The trilogy was completed and published in 2012, it has been translated into Chinese, French and Italian. KYLOOE 1 – Downhearted Dragonfly received the Bronze Award in the 4th International Manga Award.