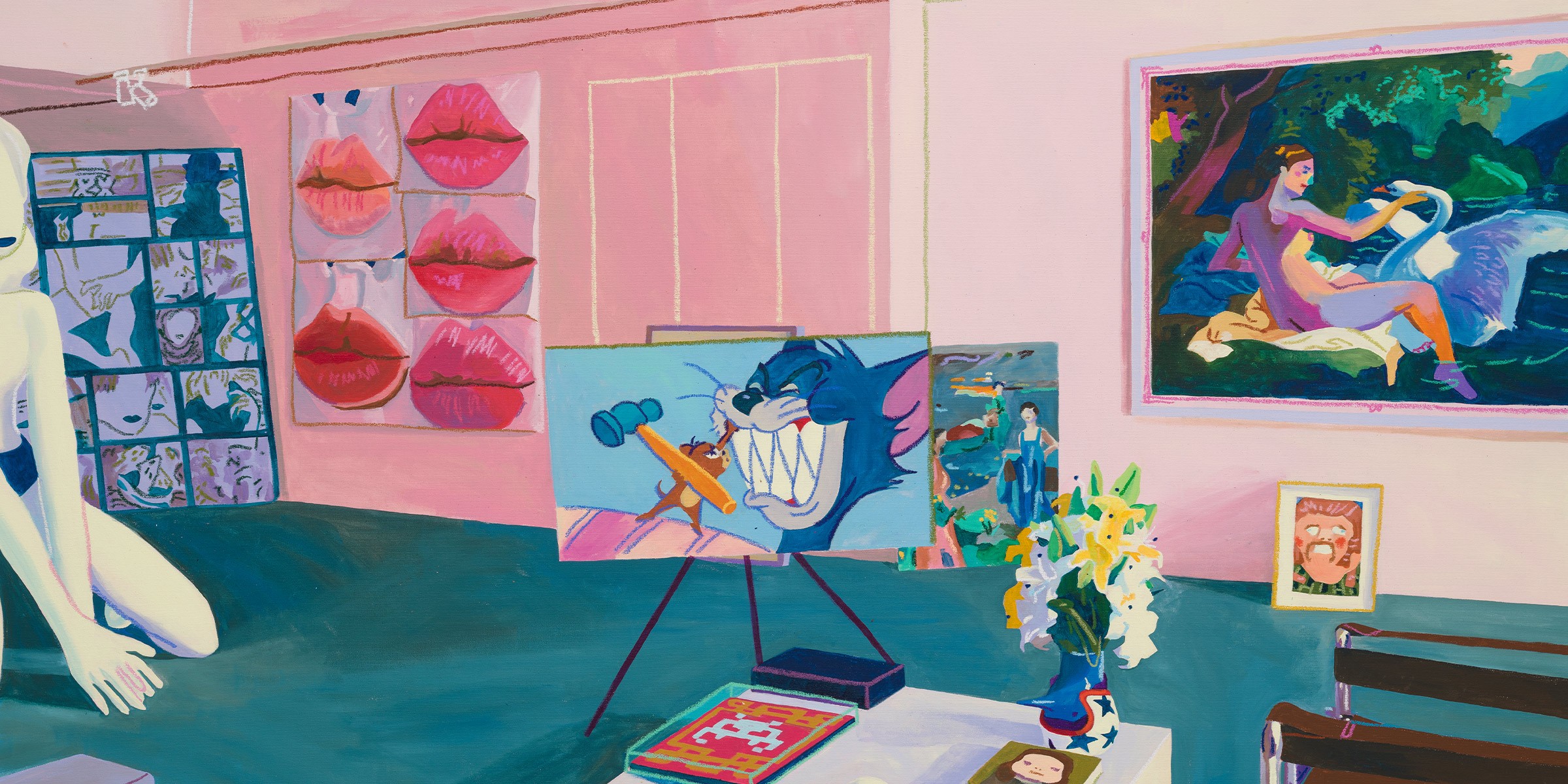 Over the past decade, Canadian artist Andy Dixon has followed an age-old tradition of creating paintings that reference both the artist’s own studio, along with the settings in which they ultimately live in. From Van Gogh’s Window in the Studio to Matisse’s The Red Studio, Dixon returns to this meta form of art-making in My Patron’s Homes.

On view at Over the Influence (OTI) in Paris, Dixon showcases 16 new paintings from his Masterpiece and Patron’s Homes series. In the latter, the artist sought to continue the tradition of highlighting the process and business behind art “by depicting my original painting not in my studio, but hanging in its new home, that of the patron who acquired the work,” Dixon said in a statement. “This shifts the focus from the romantic to the pragmatic; instead of highlighting art’s creativity, I am highlighting art’s commerce, positioning my own work as just stuff that was bought to hang in a room.”

As such, Dixon questions the tropes of art history and the value placed on luxury from both past and present. My Patron’s Homes is in its final days on view and will conclude at OTI Paris on November 22.