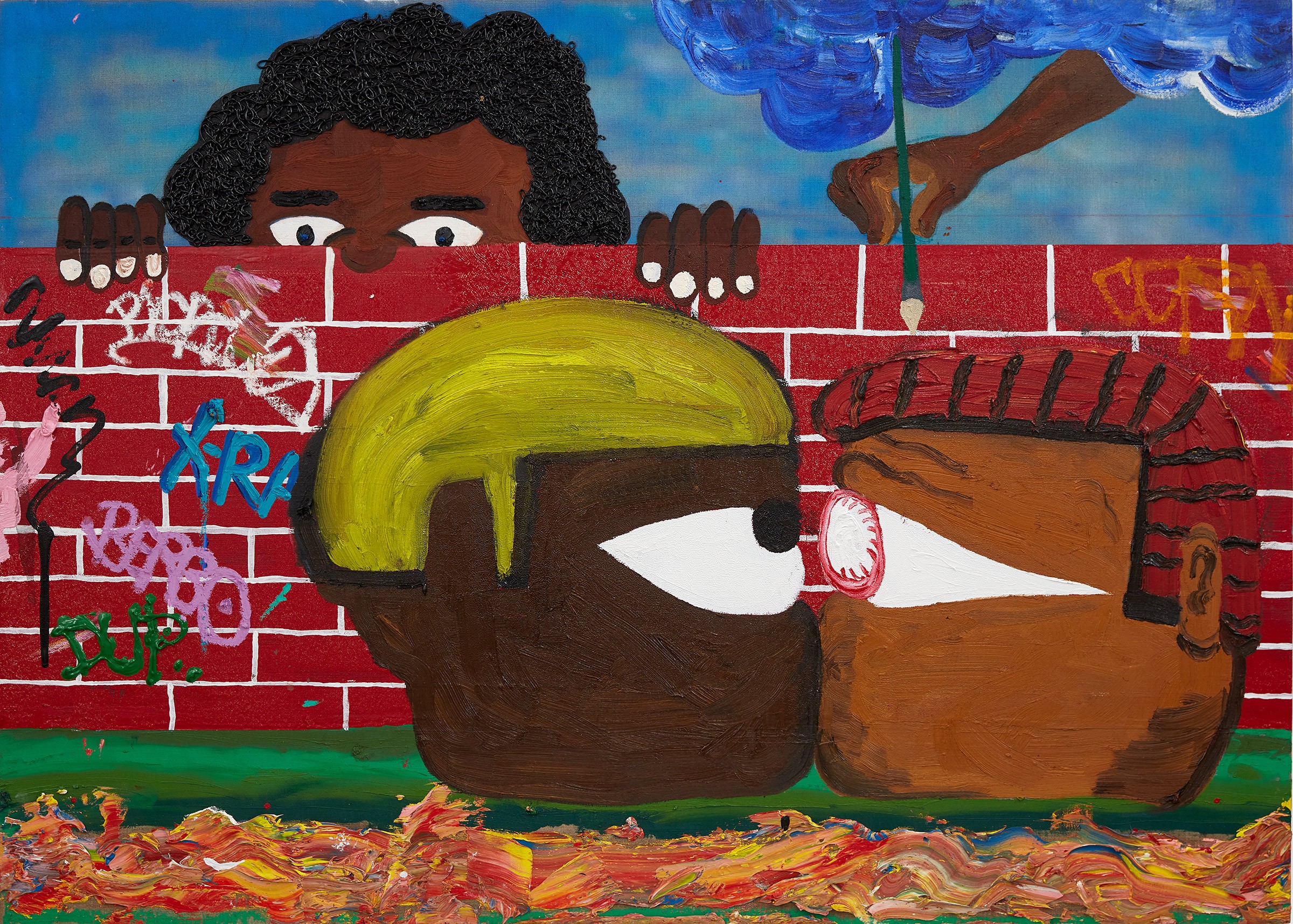 It’s hard to not have a reaction when viewing the work of Devin Troy Strother. Whether a laugh, scorn or everything in between, the Los Angeles-based artist has built an interesting aesthetic that is arguably just as much about contemplation as it is in provocation.

Today Strother unveiled a new solo exhibition at Over the Influence in Bangkok. In “Durag Activities,” a title that references Baby Keem’s track of the same name, Strother presents a series of new paintings that alludes to both art history, particularly his fondness of Philip Guston, along with subverting racial stereotypes in an attempt to examine how oppressed peoples can reclaim their histories and power through repurposing imagery and aesthetics.